Words like depression and anxiety are two of the few things which are not taken seriously.
Anyways, today there is a lot more awareness among people when the topic is about depressions and anxiety.
But there is another mental illness which is not taken seriously but is a very serious thing and it has the capability to lead a person to depression and even death.
Obsessive compulsive disorder, around 90% of the world thinks that OCD is just about wanting to be clean and organised that is a totally wrong perspective.

"Obsessive-compulsive disorder (OCD) is a mental disorder in which people have unwanted and repeated thoughts, feelings, ideas, sensations (obsessions), and behaviors that drive them to do something over and over (compulsions). Often the person carries out the behaviors to get rid of the obsessive thoughts."

So, basically a person suffering from OCD gets unwanted, intrusive thoughts that they do not want and do not understand why they get them, and during this process of getting these thoughts they perform few rituals(compulsion) by which they would get rid of this anxiety for a while.

For example:
The obsessive thought that a person gets may be that he would kill himself, he would think about this all day all night and lose sleep and get anxious and depressed about it, meanwhile a ritual may calm the person down but it is not the cure for this, it would bring relief to the person only for a short period of time, after a point of time it may disturb daily activities of a person.
The ritual may be:
Saying someones name 10 times, or touching the door knob several times, locking and unlocking the door several times or ringing the bell a several times. These rituals may vary from person to person.

One may say this does not have a cure but every mental health problem always had a cure and it does too. Its just necessary to identify it and talk about it instead of feeling ashamed about it.
It is very important that family members and friends should support and help a person going through this phase. It a very difficult situation he/she is dealing with.

Few Myths and Generalizations of OCD:
It is not true that OCD is all about cleanliness and organization. Cleanliness is just a coping mechanism few people use. You don't need to wash your hands a thousand times to have OCD, it's way more serious than that.
It's not true that children do not get OCD. This is a deadly problem that does not have anything do with a  persons age, gender, caste or religion.
It is not true that OCD cannot be treated, there is no problem which cannot be treated if you go to the right person for treatment.

Many mental health care professionals, psychologists and psychiatrists say that OCD can be cured by exposing the patient with the problem to the obsession and their fears. It is very important for them to understand that this is just a thought and it is not true.

There are few types of OCD which a larger number of people do not even know exsist:

POCD (Pedophile OCD):
Pedophile OCD is an OCD where you get intrusive and unwanted and sexual thoughts about children. A person with pedophile OCD is totally opposite to an actual pedophile, he is always scared that he would harm a child but he would never do it. This may lead to a lot of self-doubt, anxiety and depression.

ROCD: ( relationship OCD)
People with ROCD constantly feel the need to check on their relationships. They have a constant fear that their partner would cheat on them. They always need to check on them. They get questions like:
Is the person good enough for me, am I good enough for the person, do they like me as much as I do, do I like them as much as they do etc.

There is always a cure for this. One should just be brave enough to go and talk to a professional about their problems. The cure for this is pretty much the same as every other OCD according to mental health professionals. They should be treated with calm.

Popular posts from this blog

March 24, 2020
OK look! There are so many jokes about dog parents and there are many people out there who make fun of the care and love towards their dogs. I agree it can get a little cringe and weird sometimes but dogs are worth the cringe and weirdness, they are so cute. there are few things which only dog parents and dog lovers would understand and the others wouldn't.
They are sweethearts, deserve everything and all the love in the world, but they surely get very irritating sometimes, like when they are home alone and destroy the home which include tearing all the books, messing up all your clothes, pooping in the house, peeing in the house etc. You do eventually forgive them in less than 5 minutes as they can pull off the cutest face anyone can ever make. Another case is when you're an introvert but your dog is a hardcore extrovert and wants to greet every human being and dog on his way while walking, it is the most awkward moment when these dogs are playing with each other and you do …
Read more 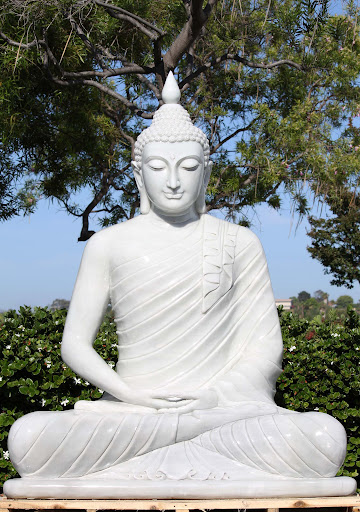 Meditation is  one of the most powerful ways to understand yourself, it is one of the best way to know whats going on in your head, one of the best way to understand how impatient you're and how to improve this. It is always said by many people that meditation gives slow results, its true but once it starts giving results there is no going back. It is one of the most beautiful experiences you'll have.
perspectives on meditation: "meditation shouldn't be torture, It must be fun start small, five to ten minutes a day"                -sandeep maheshwari "peace comes from within, do not seek it without" -buddha "the thing about meditation is that you become more and more you" -david lynch
All this is so true. Initially it does get very boring and irritating, you may feel sleepy and get distracted and you may want to stop it but once you tune into it and start doing it regularly it does get pretty fun and interesting, you would start liking yourself …
Read more